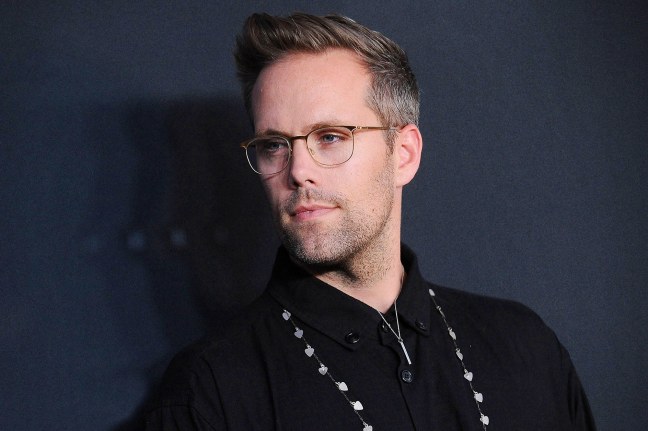 So you know that feeling when you watch or listen to something and you’re just completely overwhelmed in the best way possible? That just happened to me. Tonight, I came across this absolutely incredible and inspiring new segment on Spotify titled Spotlight: Secret Genius. According to Spotify, this series is going to highlight the stories behind the music that we all know and love and shine a light on the people writing them. I find this ironic for two reasons:  One, earlier this morning, I decided that I am going to begin a series highlighting women (and incredible people of all genders) who work behind the scenes in the music industry. Second, I was writing a draft for the site praising Spotify for being so damn cool and then I see THIS. So I think this is a pretty neat coincidence.

This episode featured someone who I consider to be such a talent house in the music industry and an activist for the LGBTQ community, Justin Tranter. If you don’t know the never-ending list of songs that Tranter has written, I really suggest you take a look. The songs he has written have gone on to go many-platinums and he was just nominated for a Golden Globe – a freakin’ Golden Globe, people.

I won’t repeat everything that was said in the episode because I HONESTLY think that it’s something that everyone should watch. Justin speaks with such eloquence about growing up bullied, the pressure from the industry, and being a queer songwriter. The part that resonated most with me was his comparison to Freddie Mercury. If you know me, you probably know that Freddie is my all-time favorite musician and human and if you don’t, well now you do. This comparison to Freddie as a song-writer was special because Justin Tranter mentioned something I had never really thought about – that Freddie Mercury – a queer artist and songwriter had written not one but two songs that accidentally became sports anthems. He used this comparison with his work on Fall Out Boy’s ‘Centuries’ which ended up becoming a sports anthem as well; noting that more people were listening to music written by queen people, even if they didn’t know it.

As someone who is inspires by the faces behind the musicians, Justin Tranter has been someone whose career I’ve been following for the past 2-3 years. After finding out he was a song-writer, I found out he was in glam-rock band Semi Precious Weapons and listened to the entire discography which I highly recommend everyone to do too. While I had a brief moment of shit, I’d love to see this band play a show after listening and becoming a fan, I quickly dismissed my thoughts when I remembered how much Tranter is killing’ it (and shoutout to some of the other members who are really doing some amazing things!)

And before I go, I want to highlight some of the activism that Justin is doing for the LGBTQ community. From someone who moved to Orlando, Florida to build a better life for herself, I want to thank Justin Tranter for doing all that he did after the tragic Pulse shooting. From volunteering in this city to writing a song where all proceeds go towards Pulse victim organizations and GLAAD. It was outcomes like this, that made our community stronger at a time where we really felt helpless.

And for all other acts of activism.

Justin Tranter is someone I will continuously root for in this industry that can be so rough to each other.

Please check out the incredible spotlight episode on Spotify. Note that the link down below doesn’t include the videos so you’d have to go in from your own app if you’re interested in checking this out.