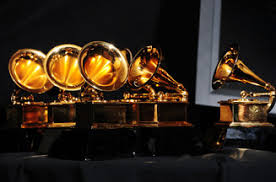 Over the past couple of years, I’ve been finding myself in the same exact situation when it comes to The Grammys:

Some of the nominations excite me, some make me question if I’ve been dragged into another dimension where shit music is awarded.

I make sure to run all my errands early so that I can catch everything from the red-carpet to the end of the show.

I continue to watch

I’m pissed that the worst nomination won the award

I debate turning off my TV.

See, the Grammys don’t feel like ‘The Grammys’ anymore; an award show whose categories are not chosen by fans but by professionals. When an award show is dependent on fan votes, the inevitable is going to happen…the person with the most fans is going to win.  It doesn’t necessarily constitute talent, it just means a lot of people like you.

That’s why The Grammys are placed on such a high pedestole for artists. Who doesn’t want to win an award chosen by  music industry professionals? Artists know the fans support them and their talent but to be recognized by not only non-fans but by people who are experts in the field – from producers to songwriters – is supposed to be an honor. At this point, my favorite band in the entire world could win one of these and it wouldn’t make me feel as proud as it maybe would have 10 years ago, given some of the recent recipients.

Let me start this 60th Grammy Award talk by talking about the performances; AKA the one thing that kept me sane. I do have to admit that they did a nice job at choosing their performance lineup; I would say “great” but ya know, they didn’t think it was important for one of their Album of the Year nominees to perform. Lorde’s album ‘Melodrama’ was one of my favorites of 2017. Did I expect her to win the award? No. Like I said, The Grammys have been good at disappointing me. I will admit also, that there WERE other incredible albums in the category. I think that a 19 year old writing and creating an album las beautiful as Melodrama, is one of those rare once-in-a-lifetime things but, whatever…fine. However, to not have her; an Album of the Year nominee perform? Come on.

I will highlight some of my favorite performances. 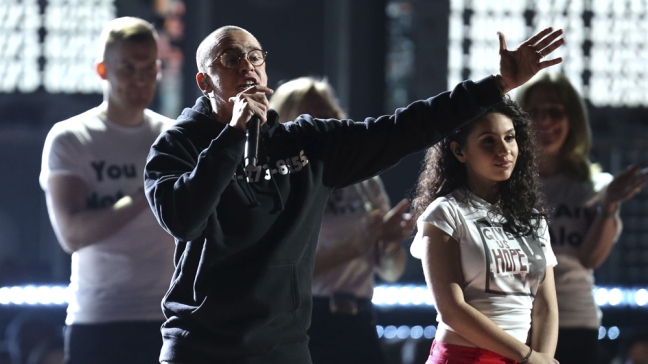 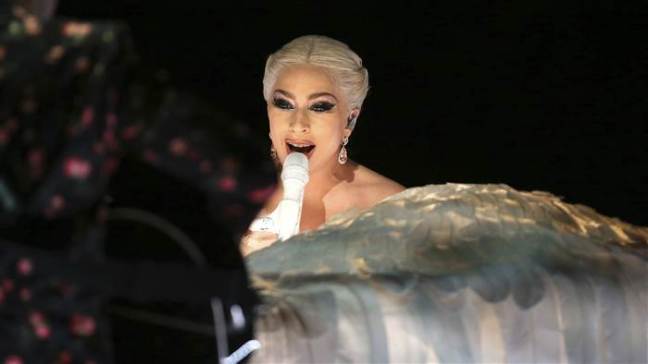 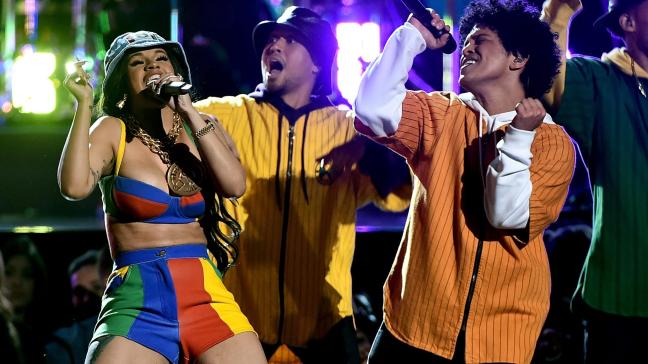 I have a lot more questions. For example, why did Ed Sheehan win Best Pop Solo Performance and Best Pop Solo Album? Are we really not going to give an award to Kesha – a woman who fought her abuse in court, won and wrote a beautiful song aimed at this awful, vile person? I get it. It’s ‘Best Pop Vocal’ not ‘Best Meaningful Story Behind A Song’ but come on. There’s gotta be more to choosing a song. Seems like The Grammys nominated her just for the viewership and choose the most popular artists. I’m sorry but if I hear Shape of You one more time, I think I might run my car off a cliff. As for Best Pop Solo Album? Have these ‘professionals’ heard Lady Gaga open her mouth and sing? Goodbye.

As for Bruno Mars, that dude is one of my favorites and his album was phenomenal but there were some nominations that I just think were more deserving. (Bruno, I love ya)

I’ll end this post with stating the obvious and that’s that women – especially powerful women – really got a whole lot of snubbed this year. Neil Portnow (Grammy president) says women need to step up but women are writing songs to their abusers, creating music that is way beyond their years, and are highly involved in the writing and creative process of their albums. Maybe it’s time for NP to step down and for a woman to come and take his place, since apparently he’s not realizing how powerful women are becoming in the industry.

Will I watch The Grammys next year? Probably and I’m preparing for disappointment starting now.