Hey, remember those round donut thingies that you would put into a radio (wait, wha’s a radio) and sound would start playing through the speakers? I think they’re called CW’s? CS’s? Hold on. Let me Google. Oh, they’re called CD’s! Remember those? No, but on a serious note. Do kids even know about these?  With Best Buy announcing that they will stop selling CD’s and Target announcing that their policy for album distribution  from music companies will change, CD’s are about to become an urban legend. I mean, it’s obviously VERY excepted. I feel like stores decrease their CD section every week.

Picture this 90’s babies. It’s the early 2000’s. You beg your mom to take you to the CD store or to Best Buy so that you can purchase one with the money you got for doing all your chores. She takes you and there are like, an overwhelming amount of aisles to go through. This excites you but then you’re stuck choosing between the four that you really like. These are the memories of the past. Gone are the days of parents having to drive their kids to the store for a new album release. 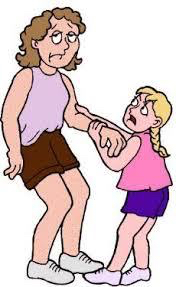 me begging my mom to take me to the store

Mom can I borrow your credit card to buy an album online on Friday? Or mom, can you take me to Walgreens to buy an iTunes gift card? Is the new normal.

I’m a 90’s baby. iTunes came about when I was growing up. It wasn’t what it is today, but it was still around. We also had Limewire and all those illegal services that screwed artists hard work over. Still, I preferred CD’s and at that point, those were readily available. We had local CD stores and chain stores like FYE that were at every single mall.

I will admit though, that my spendings on physical copies of CD’s has definitely decreased over the years. While I used to buy a CD at the store every time I saw an artist that I liked and recognized, I now only do it for artists that are special to me. I enjoy displaying and owning copies of CD’s for artists who I’m proud to support. Am I the only one who does this, still? Through doing this though, I’ve noticed that as the years pass it gets more difficult to find a specific album in stores. For example, in 2016, I had to drive REALLY out of my way to get an album on release day and once I was there, the Target employee had to go search the backroom for it. It wasn’t even on the shelves! The employee then informed that it was the only one there. I wasn’t surprised. I couldn’t imagine anyone else walking into that Target for the specific purpose of buying that CD. The convenience of the iTunes and streaming services (y’all know I LOVEEEEE Spotify) is just simpler.

While this new age of digital music consumption can make a lot of us who grew up in the era of CD’s feel old or a sense of sadness, it’s also bad news for artists. Think of it like this. In the 80’s, 90’s and for part of the early 2000’s, if you liked a song that you heard on the radio and you wanted to own it…you had to purchase the entire CD. There was no other way. Now, you can pick and choose which songs to purchase. Don’t want the entire album? Fine. Purchase your two favorite songs. In other words, you no longer have to give an artist the full cost of an album to enjoy his or her music. This is why a lot of artists implement the ‘album only’ option on their songs on iTunes where you have to purchase the entire album if you want to listen to said song. This makes a lot of people upset but sometimes it’s the only way to be able to financially support an albums production cost and an artist.

So yeah, CD’s are becoming like the dinosaurs that our ancestors used to roam the earth with. Soon they won’t be available in stores, which is going to be SO weird to get used to since that’s an aisle I tend to stop by to this day. The good news is that you’ll still be able to buy copies online.

Who knows? Maybe CD’s will make a comeback just like the vinyls did. For now, I’m just going to go through all my very scratched probably-barely-even-audible CD content and reminisce. Maybe I’ll share them with you all soon.

Please feel free to share your thoughts on the topic below or just share the post if it interests you. Or don’t. I’m not the boss of you.